You are here: Home » Contact Us » Meet Our Staff » Meet Cantor Cahana 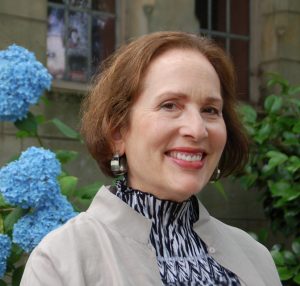 Three Fast Facts
1. I taught ballroom dancing without ever having taken a lesson.
2. I can wiggle my eyeballs.
3. My childhood rowboat at our grandparents’ cabin is named the “Ida Rae.”

More about Cantor Cahana
Cantor Ida Rae Cahana was raised in Pittsburgh, PA, where she made history and the local news at the age of seventeen, when she became the first woman in the tri-state area to sing in a synagogue as the cantorial soloist. She completed undergraduate and masters’ degrees in voice from Carnegie-Mellon University and The New England Conservatory of Music in Boston and later returned to her cantorial roots, becoming ordained as Cantor by the Hebrew Union College-Jewish Institute of Religion. She is featured soprano soloist on Transcontinental Music’s 5 CD set of High Holiday music, Yamim Noraim, and on the acclaimed Milken Foundation Archive of American Jewish Music, Naxos label.

In July of 2012, Ida Rae Cahana was installed as Senior Cantor for Congregation Beth Israel in Portland, Oregon where her husband, Rabbi Michael Cahana has served as Senior Rabbi since moving to Portland in 2006. Prior to her installation as Senior Cantor, she served as Adjunct Clergy for four years at Congregation Beth Israel, introducing Healing and meditation services, Women’s seders, Torah Treks, and more. For the 2009 community Holocaust commemoration held at Portland Center Stage, she and Rabbi Cahana presented “Through My Mother’s Eyes,” an original work they developed together based on the writings and art of Alice Lok Cahana. Cantor Cahana created the role of “Paulinka Bim Bam” for the Jewish Theater Collaborative in the 2008 premiere of “Charlotte Salomon: Life? Or Theatre?” and recreated the role in 2011. She has also been a featured vocalist with the Portland chamber music ensemble, “45th Parallel.” In 2008, Cantor Cahana met the amazing Thomas Lauderdale, who invited her to join China Forbes, Ari Shapiro, and Pink Martini band members in recording two Jewish songs for their holiday album, “Joy to the World.” In December 2012, she marked her Carnegie Hall debut, singing with Pink Martini. She continues to perform with them for New Years’ Eve concerts at the Arlene Schnitzer Concert hall in Portland and the Walt Disney Concert Hall in L.A. One of the things Cantor Cahana loves most about her adopted city of Portland is the spirit of collaboration and appreciation of the arts which makes such things possible as her band tour on the East Coast with Pink Martini and Storm Large in December 2011. She sings with Michael Allen Harrison and friends in “Crossing Over,” an original retelling of the Exodus story; she is an integral part of the original cast recording.
Cantor Cahana is blessed to be surrounded by loving friends and family and this remarkable synagogue community.