You are here: Home » Contact Us » Meet Our Staff » Meet Josh 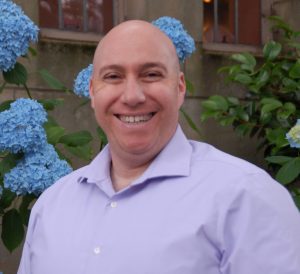 Three Fast Facts
1. I can juggle
2. I once flew a small plane
3. I’ve been to a Brittney Spears concert

More about Josh
A native of California, Josh grew up in the Bay Area, went to college at UC Santa Barbara and graduate school at Sarah Lawrence College. He joined CBI as Executive Director in May 2016 after previously working in higher education (Residence Life), Hillel and the JCC world. He also worked professionally as a theater director and producer. He lives in SW Portland with his wife, Michelle and two children, Rose and Fiona.

Meet the Other Administrative Staff

Meet the Rest of Our Team