You are here: Home » Contact Us » Meet Our Staff » Meet Rabbi Joseph 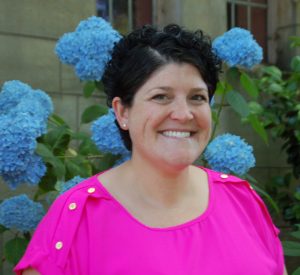 More about Rabbi Joseph
Rabbi Rachel Joseph joined Congregation Beth Israel in July of 2012, sharing her passion for, commitment to, and leadership in community building. She is a leader in social and racial justice activism, and in equity and inclusion efforts with the CBI and greater Portland communities. She serves on the boards of Planned Parenthood Columbia Willamette and Planned Parenthood Advocates of Oregon, is a member of the National Clergy Advisory Board for Americans United for Separation of Church and State, and has previously been on the board of TIVNU, the Jewish Gap Year Program and chair of the Oregon and SW Washington Board of Rabbis.

Rabbi Joseph was raised in Cincinnati, OH, an active member of Isaac Meyer Wise Temple, and spent every summer at Goldman Union Camp Institute, the URJ camp in Zionsville, Indiana. She also lived internationally on and off during her childhood, while her father, Rabbi Sam Joseph, consulted in progressive Jewish communities from Australia and Brazil to Hong Kong. She attended Ohio University – Athens, graduating with a degree in Communications, Political Studies, and Women’s Studies. After graduation, Rabbi Joseph worked as a Legislative Assistant at the Religious Action Center of Reform Judaism in Washington, D.C. and then spent seven years working for Americans United for Separation of Church and State as a lobbyist and Associate Director of Legislative Affairs.

During Rabbinical School at Hebrew Union College, Rabbi Joseph was both a Wexner and Tisch Rabbinical Fellow. Rabbi Joseph completed her second and third years of studies at the Los Angeles campus of HUC-JIR, where she received her Master of Arts in Hebrew Letters. While in California, Rabbi Joseph served congregations in Victorville and Merced as well as at Temple Isaiah of Los Angeles. She then moved back to Cincinnati for her fourth and fifth years of rabbinical school and Ordination where she served as a chaplain at Cedar Village and as a student rabbi in Kokomo, Indiana. She was also a rabbinic intern for community organizing for the Union of Reform Judaism, Just Congregations.

Since becoming an Oregonian, Rabbi Joseph has steadily increased her collection of gear and love of outdoor adventures, but draws the line at sleeping on the ground. She enjoys Portland’s food scene, with it’s fun take on international cuisine but never developed a taste for salmon.

On her time away from the pulpit, Rabbi Joseph enjoys adventures with her wife Sara, and their blended family of children, Zia, Bennet, and Max; dog, Keshet, and two cats, Olga and Misha.