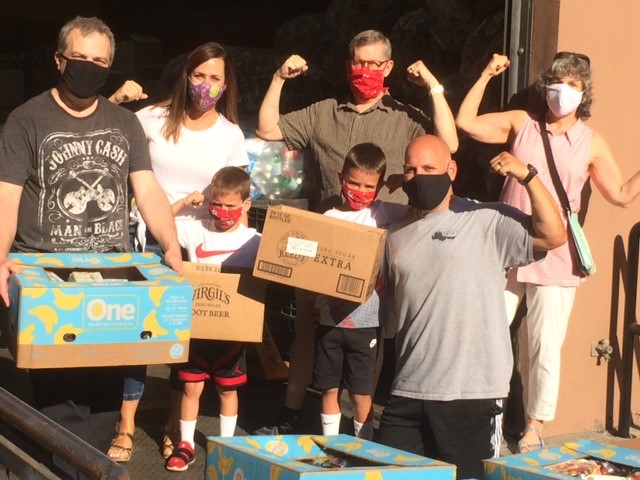 Megan Cegla, founder and Executive Director of Refugee Care Collective (RCC), will be our guest speaker for Refugee Shabbat.

Please participate in CBI’s support of RCC with your donations or new or gently used winter coats, which we will collect at CBI through the month of February. All sizes needed, from kids to adult.

You can also support RCC by creating and donating a Refugee Restart Kit; details are at refugeecarecollective.org/restart-kits

Please also support Sisterhood’s ongoing collection of period products.  These are donated to organizations including Somali American Council of Oregon. Collection bins are on the CBI campus.

Refugee Shabbat is an HIAS program; CBI will also be supporting HIAS, and their refugee advocacy and support, through ticket sales for our upcoming Taste of Temple: The Next Course friend- and fund-raiser.

Launched this Spring, Mitzvah Day 365 is an opportunity to engage in Tikkun Olam  throughout the year. Activities to include education, advocacy and direct service. Email us to sign up for one (or more) of the groups listed here.

Do Good
volunteer list for one time and longer term opportunities 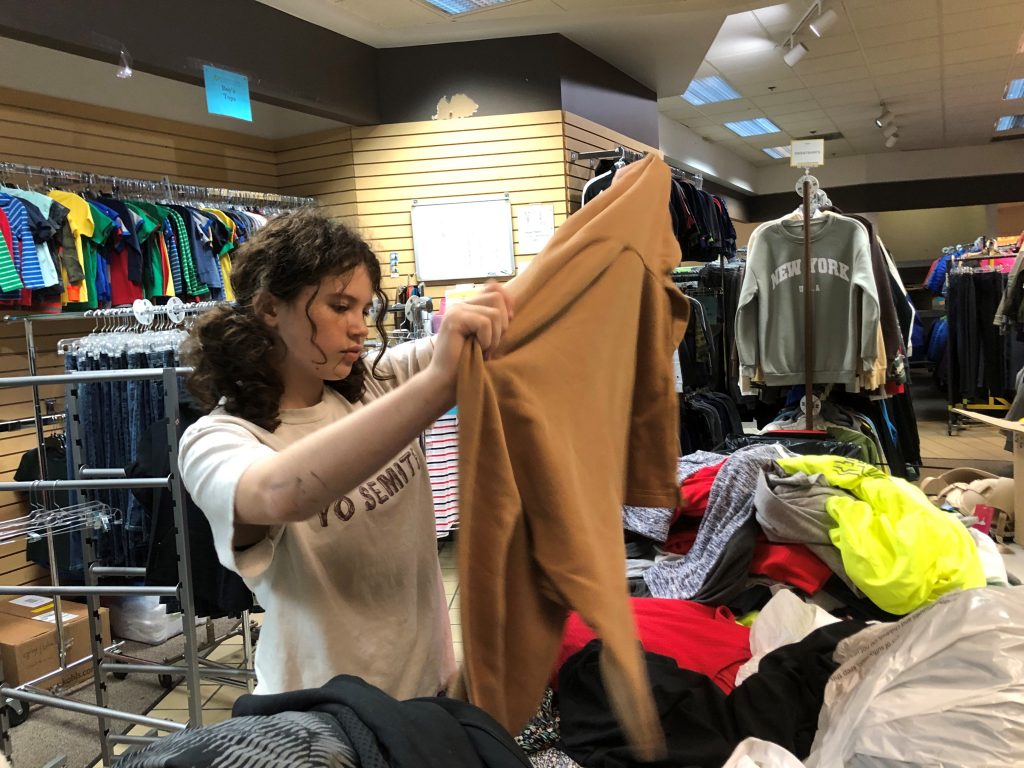 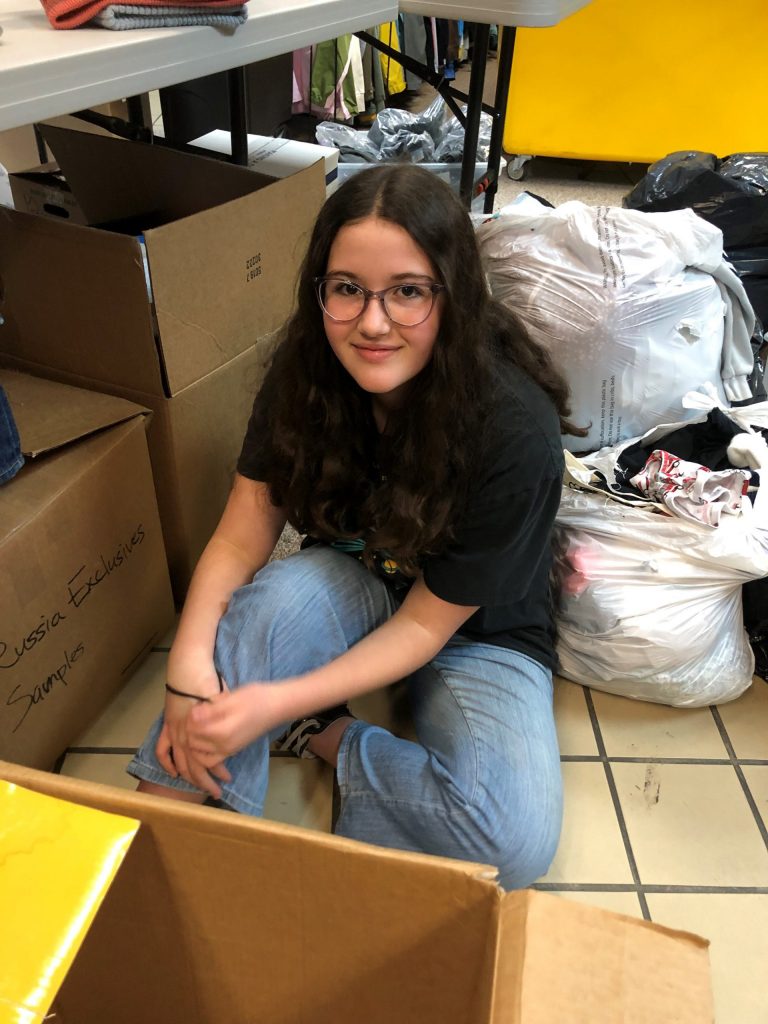 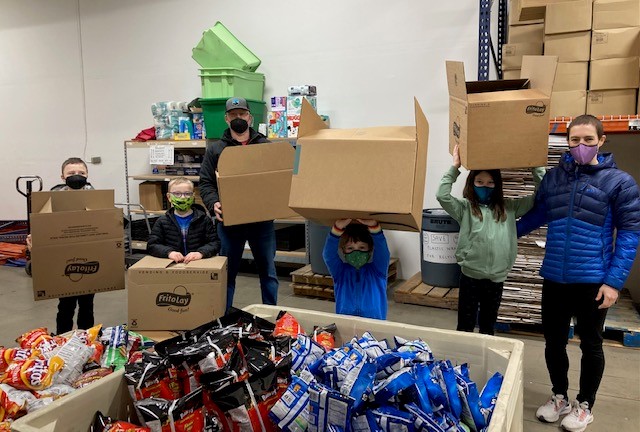 Every Voice, Every Vote: Thank You!

As Reform Jews, we are called to act. And we did!

We responded with others in the Reform Movement by participating in the  non-partisan 2022 Every Voice, Every Vote Campaign. Our outreach to voters of color in states with a history of voter suppression and barriers to voting that disproportionately affect minority votes connected with over 450,000 individuals.

As in 2020, we partnered with the Center for Common Ground* in their “Reclaim Our Vote” actions. These included reaching out to disenfranchised voters with postcards, phone calls and texts to encourage and support participation in voting.

* The Center for Common Ground is a non-partisan BIPOC led voting rights organization. Their mission is to empower under-represented voters to participate fully in democracy. They have proven success in achieving the goals of their mission.

CBI Supports Ukraine and Refugees Around the World

As part of our commitment to welcome the stranger, Social Action funds are allocated to organizations that work internationally and locally to support refugees and asylum seekers.

Generous donations to our Social Action Funds have allowed us to make allocations to organizations doing humanitarian work to support the people of Ukraine, refugees from around the world and  the many recent arrivals in our community from Afghanistan. These included a 2022 donation of $10,000 to World Central Kitchen for provision of meals to people in Ukraine and those displaced by the war there

WRJ/Beth Israel Sisterhood and CBI have an ongoing collection of period products (pads preferred) to be donated to the Somali American Council of Oregon. Look for the collection bins on campus.

Lift Every Voice Oregon (LEVO), a grassroots interfaith organization, was co-founded by Rabbi Cahana and two other local clergy in response to the need to act against the epidemic of gun violence.

Gun violence has taken far too many innocent lives in Oregon and across the nation. No one law will fix all that is broken. But laws in other states similar to Measure 114  have been proven to reduce gun related deaths and injuries. This includes a reduction in the large numbers of deaths by suicide using a gun.

LEVO has shown that we are not helpless in confronting this problem.

A team of 1,600 volunteers, including many from our CBI community, contributed to the daunting effort of collecting the huge number of signatures required by the state to move Measure 114  forward.

Measure 114 was the only gun safety measure in the nation moved through the initiative petition process to a state ballot. Rabbi Cahana was one of  the three chief petitioners for this measure.

– Require a “Permit to Purchase” for all gun purchases

We took a stand and our voices were heard.

While we rejoice in the success of passing Measure114,  our work is not over. We need to continue to educate Oregon voters on the importance of common sense gun safety measures, counter misinformation and work for additional actions to prevent gun violence.

From the General Social Action Fund:

Allocations have been made to the following organizations for their programs combating food insecurity:

CBI is a Brit Olam (Covenant with our World) committed congregation, joining over 200 other Reform Congregations in linked social justice work.

CBI has an ongoing relationship with our neighbors who reside in the NW Towers and Annex buildings. Our connection with NW towers is  thru Lift Urban Portland’s Adopt a Building Program.

We  staff an afterschool homework club for school age children living in the Annex one to two days per week. The kids, many who have attended for several years, look forward to the club day. We have relationships with the parents so we can partner in our efforts to assist the kids.  Snacks, games, art projects and socializing are compliments to the tutorial assistance.

We assist with purchase of school supplies when needed. Each child can receive either a winter coat or shoes in the fall and a holiday gift in December.

CBI members  provide transportation for pick up and delivery of Trader Joe’s food donation each Sunday for NW Towers’ resident run  Food Pantry. We also help with unpacking the food, which  gives us the opportunity to socialize with the resident volunteers. The Pantry is valuable source of fresh fruits, vegetables and a variety of other nutritious items.

We host a variety of special events for the residents during the year including a traditional Thanksgiving Dinner, a New Year’s Eve party and a lunch on CBI Mitzvah Day. Many volunteers of all ages are participants in these celebrations.

CBI is a member of the Interfaith Alliance on Poverty. The Alliance is a diverse and dynamic group of local faith based congregations with a mission of working to alleviate poverty in the Portland region.

An annual highlight of the CBI calendar, our community truly comes together each Spring for Mitzvah Day. Congregants of all ages participate in a variety of activities to support good works throughout the Portland area.

Mitzvah Day is run entirely by CBI volunteers, so if you have a great idea for a project or want to get involved in planning, please let us know!

Connect with Social Action at CBI

Our Beth Israel Community has a full slate of social action activities, from direct service to advocacy, that reflects our social justice teachings.

Your help is needed. Volunteer for an event or ongoing activity, or to help with the development and implementation of new programs. Participation in the Social Action Committee is open to all congregants. The following is a description of some of our programs.

Even in this time of physical distancing, we have ongoing projects to support our community. We continue our neighbors at NW Towers, including assisting with the resident-run food pantry.

With a long list of activities, there are always opportunities to help our community. These projects are open to the larger Portland- area Jewish community.

Questions about how you can get involved with the Social Action Committee? Email SAC@bethisrael-pdx.org or call Program and Communications Coordinator Tracy Manaster Alifanz at (503) 222-1069 to learn how you can make a difference!